"An attack on the Green Zone, told from five six different points of view.[1] "
-Official Synopsis

Bram has seemingly been seduced by Red Hand leader Karen Brun's rhetoric, which is in direct conflict with his own family. Meanwhile, Alan Snyder and Governor General Helena Goldwyn are actively working to undermine Proxy Alcala, worrying that he's not a strong enough advocate for the bloc to the Hosts. Snyder continues his charm offensive with Ambassador King, who is visiting from the International Global Authority on what turns out to be a very bad day to be in the Green Zone.

Based on USA Network's recap.

Bram sneaks out of the bunker as everyone sleeps and joins Karen Brun and the Red Hand. She introduces him to Patrick, his partner for the day. They change into work coveralls and report for work in the Green Zone, as gardeners with passes that get them through security. Once inside, they meet with other Red Hand members and collect weapons. As they're about to sneak into the grounds of a large house, an official SUV is coming out. Once inside they get out hedge clippers and do some gardening with them for a few minutes before putting on ski masks and going inside, guns drawn. Entering the hallway, Patrick bends to look at a shotgun shell on the floor and is hit and killed by two shotgun blasts from an unseen shooter. Bram stands frozen, as the shooter starts to come into sight.

10:27 Charlie tells Will that Bram has been sneaking out at night. Will goes through Bram's things and finds Maya's journal. Bram tells his dad about her, but lies about how she died, saying a guard shot her for stealing. He tells Will he visited her mother. He says he wants to fight, but Will tells him they're not fighting, they're trying to escape. "We resist by surviving, and I'm going to need your help to do that", Will says. Later that night, He wakes up to find Bram gone.

16:18 Maddie is watching her son play in the pool when she hears gunshots. She gets Hudson out of the water and locks the door but hears a knock. It's Bram and she lets him in. He pretends to have no idea what's going on and says he was just released from the camp and came to her because his house was taken over. He asks her to drive him to safety. She's suspicious, but they load into the car as gunfire continues to echo. A member of the Red Hand is shot by Redhats right in front of their car but they are told to drive on. At the security gate, a guard stops them, bothered that Bram has no ID. He asks Maddie to step out and asks her privately if Bram is a threat. He tells her that kids Bram's age have posed as workers and launched an attack. Maddie covers for Bram, and they're allowed to pass. Once they're safely on the other side, Maddie yells at him to "Get out!" of the car. Bram goes.

23:49 Snyder leaves his modest apartment and is driven to Ambassador King's mansion in the Green Zone. King explains he's only on a fact-finding mission. Snyder relays Helena Goldwin's concerns about Proxy Alcana, but the Ambassador thinks the bloc needs to project "stability and confidence" and removing yet another Proxy would send the wrong message. Snyder asks for King's support for Los Angeles, but the Ambassador says he can't promise it if something else happens. Snyder leaves in his official SUV, as it drives out of the gate we see catch a glimpse of Bram and Patrick about to enter the grounds. He heads to the Minister of Intelligence's house. He sends his Redhat security to pick up a file from Helena's office, saying he'll be at least an hour. Just as they drive off, Snyder hears gunshots. Unable to get inside the house, Snyder runs wildly, seeing Red Hand members shooting around him. He runs into the woods and hides until dark, when Redhats find him cowering in the dirt and leaves. Later, with Helena, Snyder is angry and ready to strike back. Snyder thinks they need leverage on Alcala to undermine him. He suggests using Nolan Burgess.

30:26 Katie, Charlie, and Grace wait anxiously in the bunker while Will, Morgan, and Broussard are out trying to find Bram. There's a noise and Katie finds Bram huddled outside the bunker. She wants to yell at him for putting everyone at risk, but she can see he's traumatized so she just hugs him. Later, Bram tells her he made a mistake. Before he can tell her what he did, Will comes back yelling about the "war zone" outside. Accusations start flying. Bram tells his parents how he helped blow up the RAP ship and that the RAPs obliterated the camp in response. He joined the Red Hand to make a difference. When Will yells that they're the ones who tried to kill Grace and Charlie, Bram says it's because Will collaborated. Bram insists the Red Hand were trying to fight back, and Will turns on Katie, blaming her for their son's rebellious ways. When everyone has cooled down, Bram tells his mom he went to the Green Zone and his friend Patrick was killed. When his parents ask if he killed anyone, Bram says he wanted to but couldn't.

37:42 As soon as Snyder leaves, King calls to check in with the International Global Authority, saying his report is forthcoming. As soon as he hears gunshots outside, he calls back and security walks him through what to do. He's clearly out of his element. The man on the phone directs him to a safe to get a shotgun, then tells him how to load it. King sees Patrick coming down the hallway and shoots twice, killing him. King rounds the corner and comes face to face with Bram. Bram shoots King repeatedly in the chest, killing him. Bram dips his hand in King's blood and, on his way out, he leaves a Red Hand symbol in blood on the door. 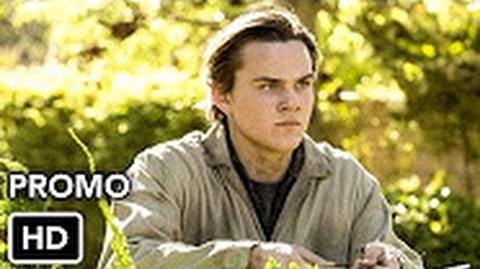 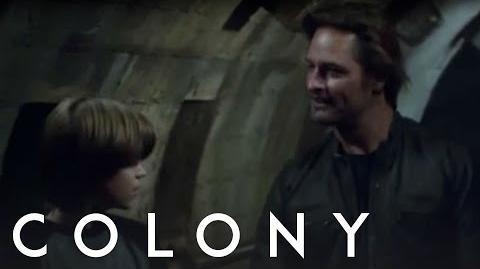 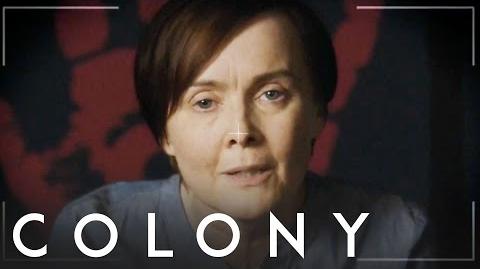 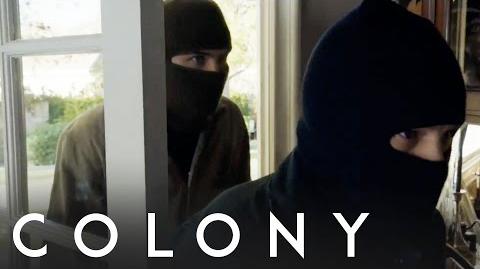 Retrieved from "https://colony.fandom.com/wiki/Lost_Boy?oldid=11044"
Community content is available under CC-BY-SA unless otherwise noted.