"Do you ever think of the people who are dead because of you? "
-Jennifer McMahon to Katie Bowman, in "Sublimation"

The episode begins with an attack at a Red Hat Recruitment Center. There are long lines of people, mostly men, wanting to join. A large explosion destroys the building and the recruits are trapped and picked off by masked snipers from behind the fences and on the rooftops. The shooters seem to be part of the Resistance; one of the gunmen kills a wounded man as he pleads for his life, telling him: “You collaborate, you die.”

At Homeland Security HQ, former CIA, Interpol, and MI6 officers are being sent to the L.A. bloc to handle security due to a lack of confidence in the previous administration's prosecution of the Insurgency Crisis. Dan Bennett tells Jennifer McMahon that nothing in her work so far makes him think she's worth keeping around. So McMahon turns up the heat on Katie, she tells Katie if she doesn’t turn over Broussard, she'll have no choice but to turn Katie herself in. Katie tells McMahon about the listening device the APIS Cell has at Homeland Security and a search of the offices confirms that when the bug is found, but that isn’t enough for Bennett, who tells McMahon that she has to give him Broussard.

Bram in the Labor Camp Edit

Bram is attacked by a group of men who steal his boots. His new friend Maya urges him to retaliate so he doesn’t seem like an easy mark, and points him in the direction of the man she says is responsible, a tough looking young man in his twenties. When Bram confronts the man, a fight breaks out, in which Bram doesn't do well. Maya takes advantage of the distraction to steal supplies as the guards watch the fight. Alan Snyder breaks things up by Tasering the man. Bram is sent to solitary. Later, the guards bring him to Snyder. Gives him a steak dinner, which he eats, and some new boots, which he rejects, pointing out he’ll just get beaten up again for them. Snyder tells him he's noticed the fights always break out in the loading dock, nowhere else. Bram realizes what Snyder already understands: the fights are a distraction and people are stealing when no one is paying attention. Snyder makes the Bram an offer: if Bram spies, Snyder will get him out of the camp. He lets Bram know that he was the one who gave Will Bowman a pass so that he could go and find Charlie. Bram agrees; he confronts the girl who set him up, wanting to know exactly what she's up to.

Will, Devon and Charlie Attempt to Scale The Wall Edit

Devon points out that his Solomon's business partners will be coming for Will, and for her. They need to get out of Santa Monica bloc and Charlie suggests a coyote, a guide. Devon pays for the guide with all of the money she has and the keys to her house. The guide leads them out into the woods high in the mountains, where the wall is "only" 150 feet high and they can scale it using on a rope fixed in place by a large commercial drone, that looks as if it started out life as a camera platform. But when they are nearly to the top of the wall, an alien Drone spots the group and starts firing. The guide is killed and Will watches as Devon is obliterated. He hugs Charlie, sure they are next. But the drone hovers for a moment and then flies away.

Katie becomes convinced that she put her ideals above her family and with McMahon on her back, she’s about to pay the price. She swallows her pride and apologizes to Maddie, then asks her if she’ll look after Gracie if anything happens to her. Katie goes about slowly, gently deprogramming her daughter by introducing her to various other books on faith, to show Grace that other faiths as well as the Greatest Day have stories about salvation.

When McMahon tells Katie that time has run out to deliver Broussard, Katie insists she has no way to contact him and offers herself up instead. This is bad news for McMahon, who promised her boss Broussard. Katie races home to pack up Grace and take her to Maddies, she thinks it's too late when there’s a knock on the door. But she opens it to see Charlie and Will. 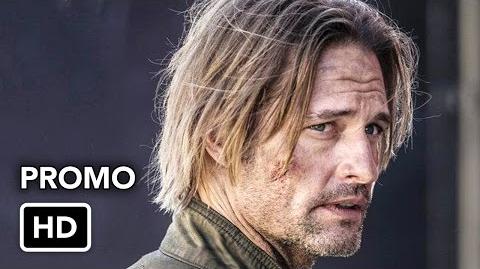 Retrieved from "https://colony.fandom.com/wiki/Sublimation?oldid=11036"
Community content is available under CC-BY-SA unless otherwise noted.